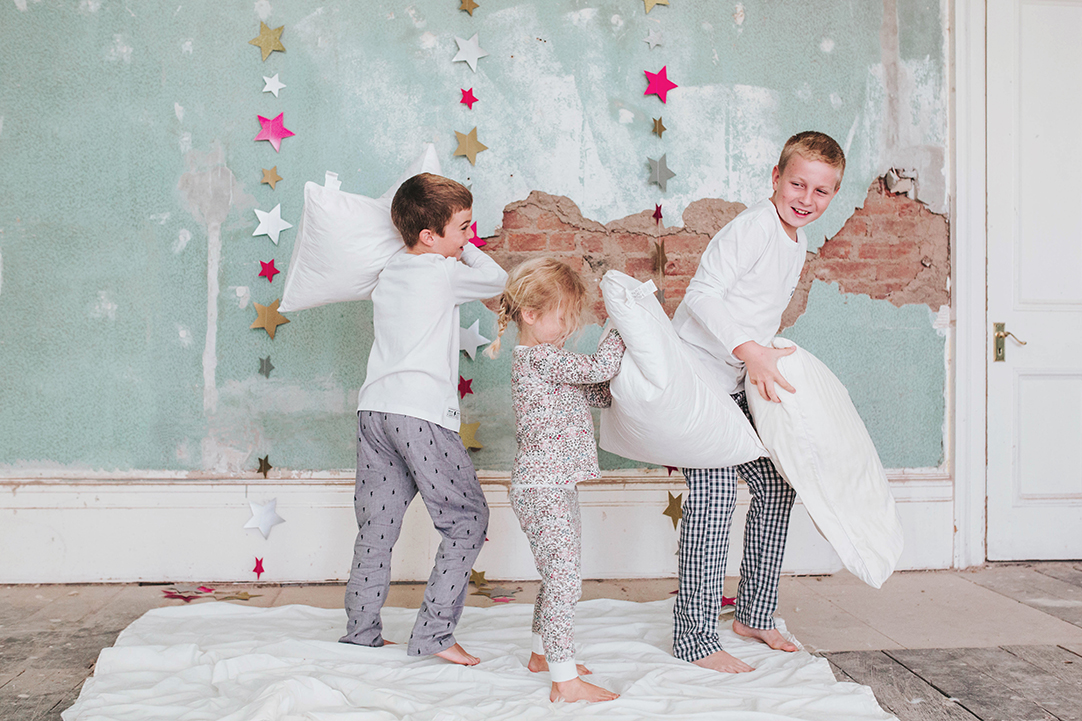 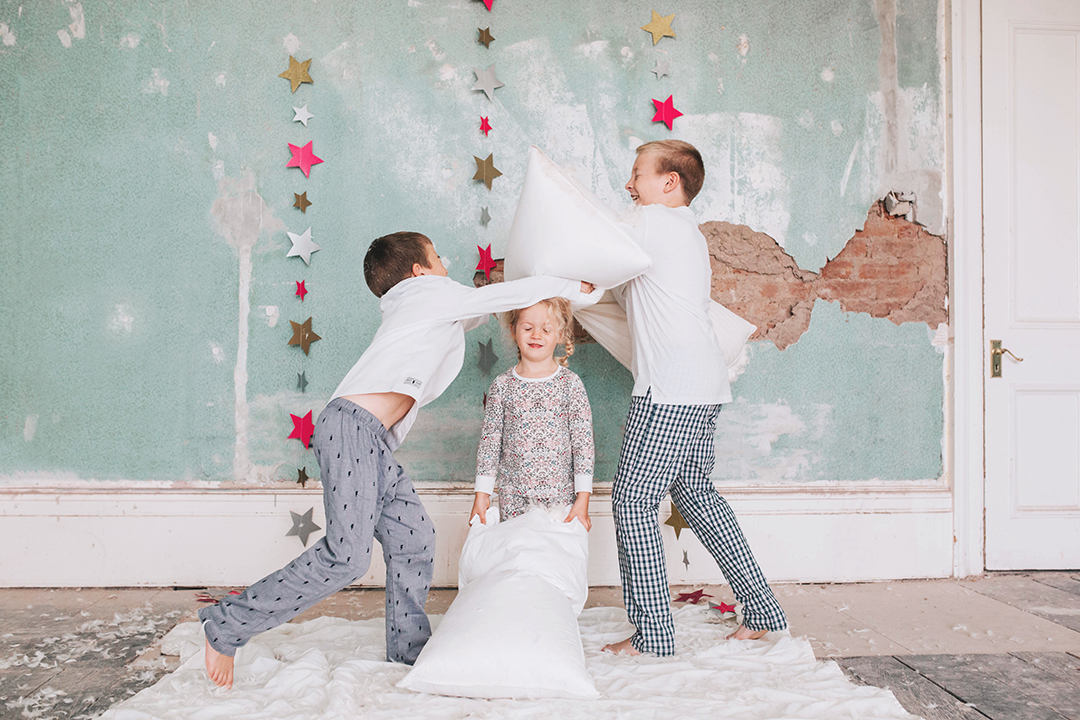 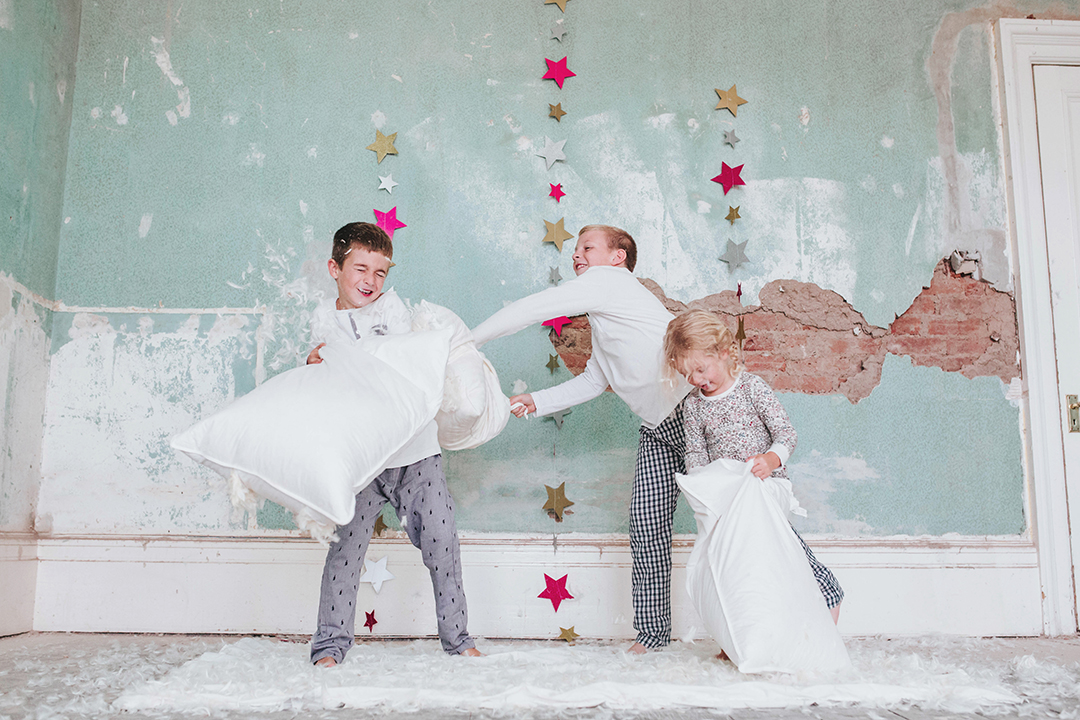 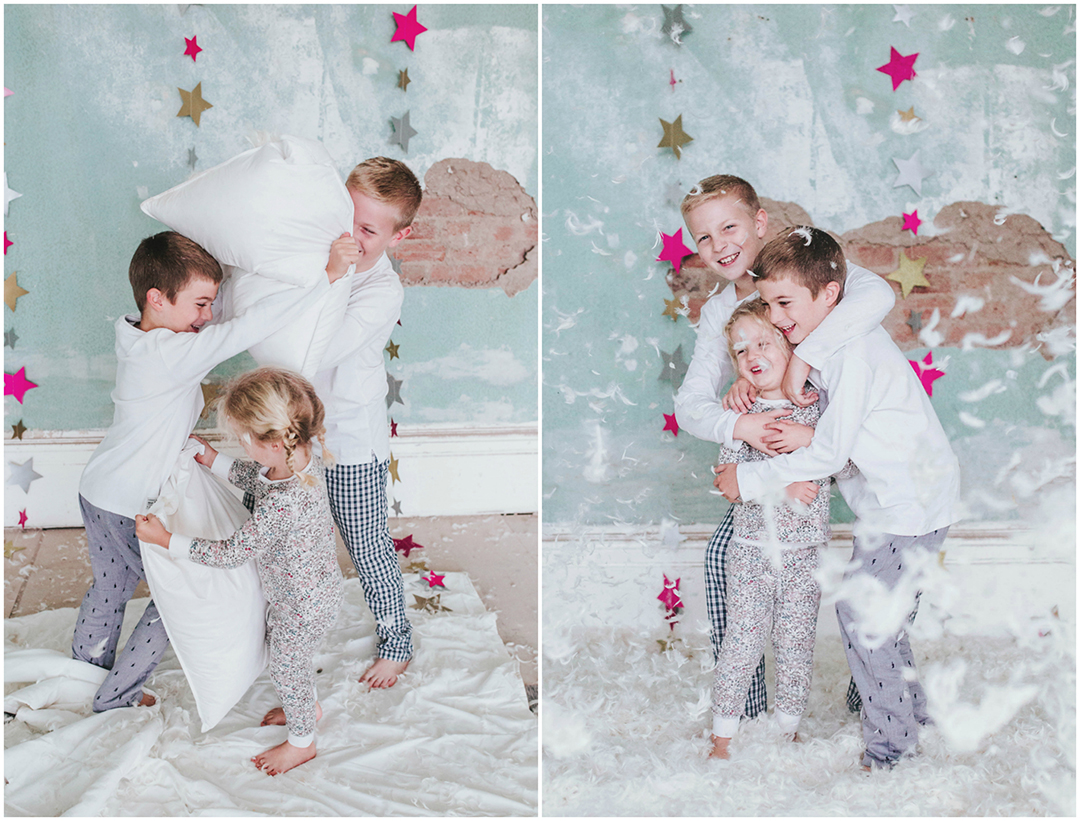 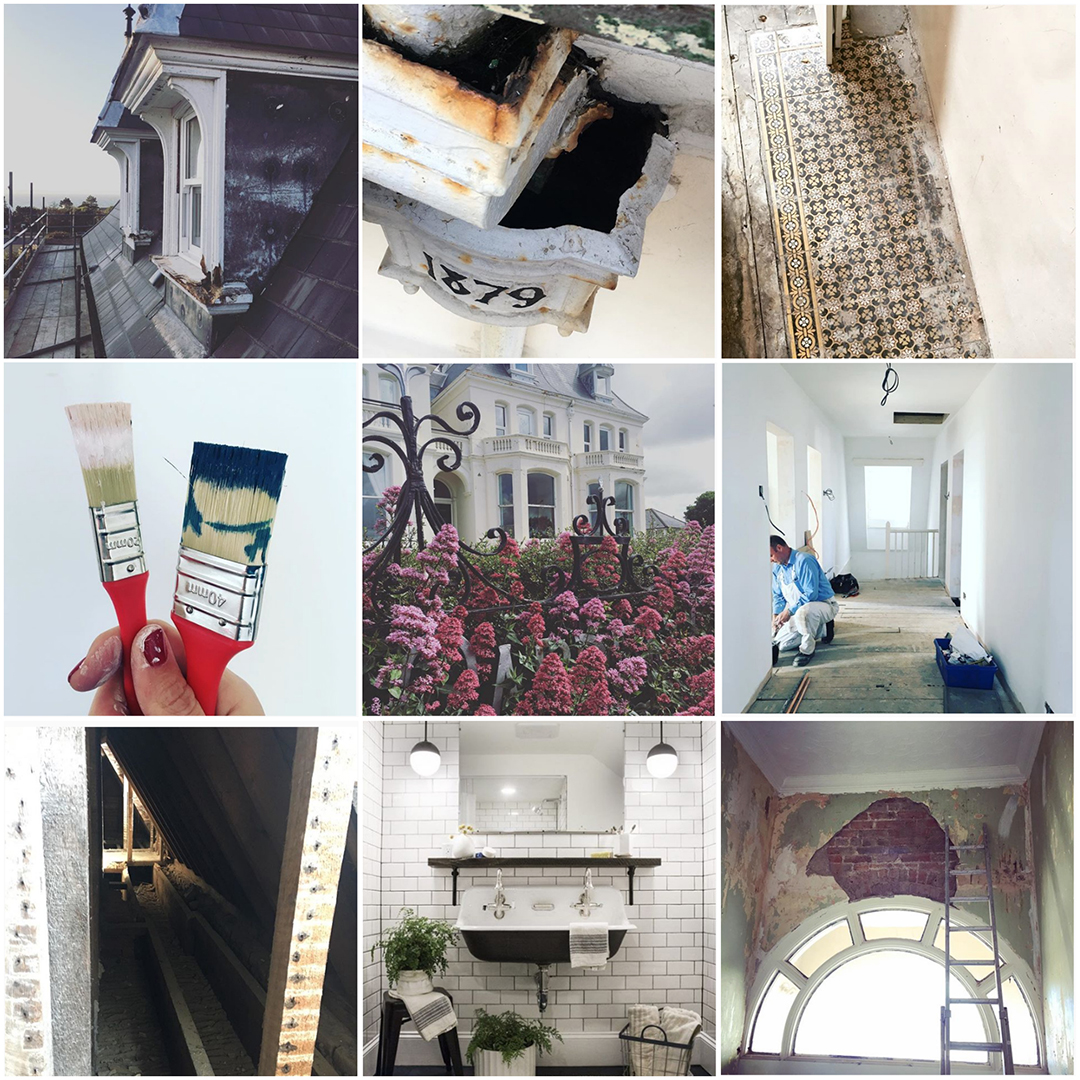 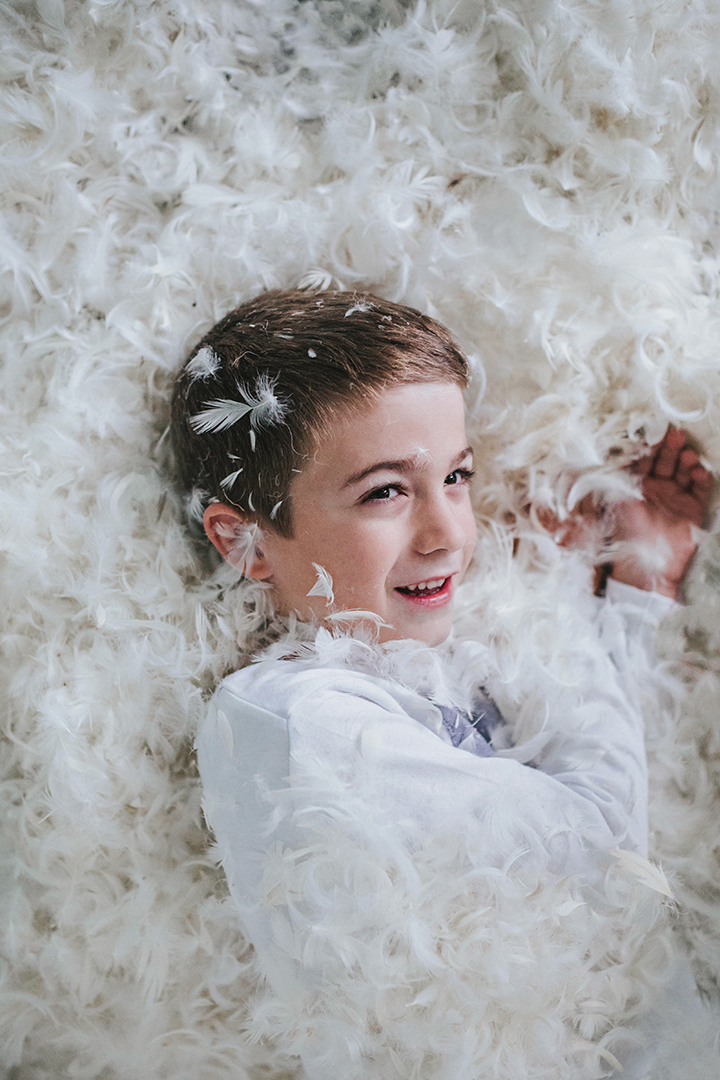 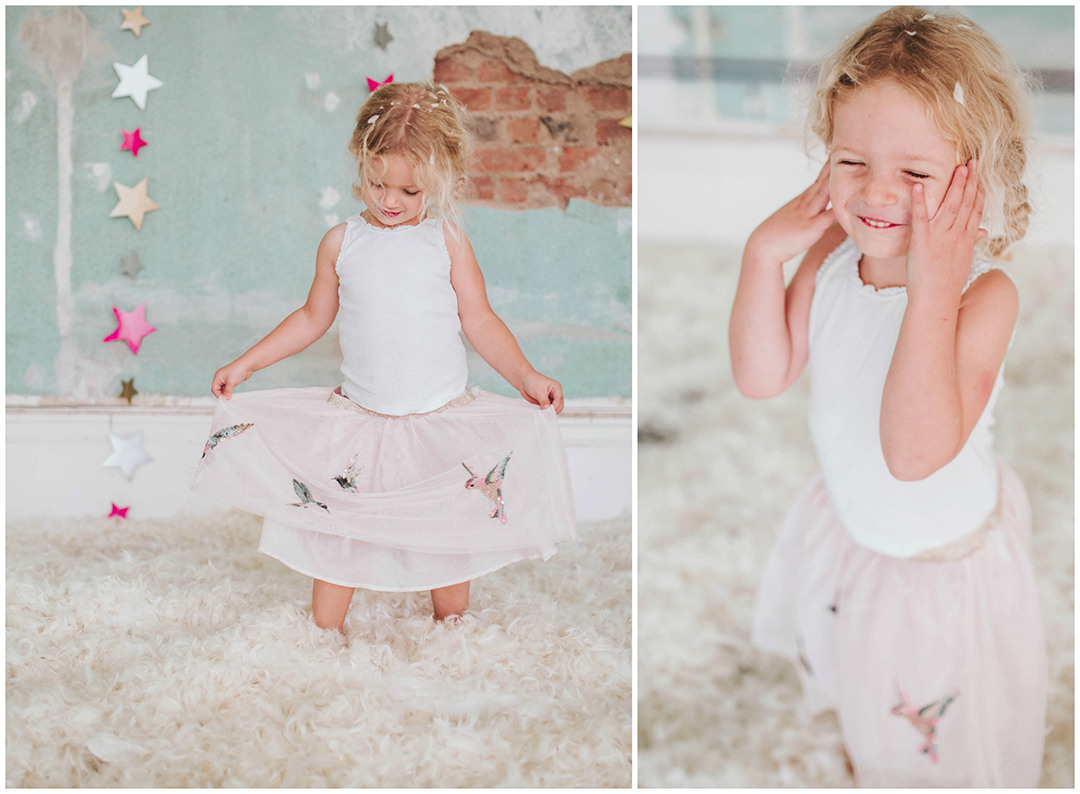 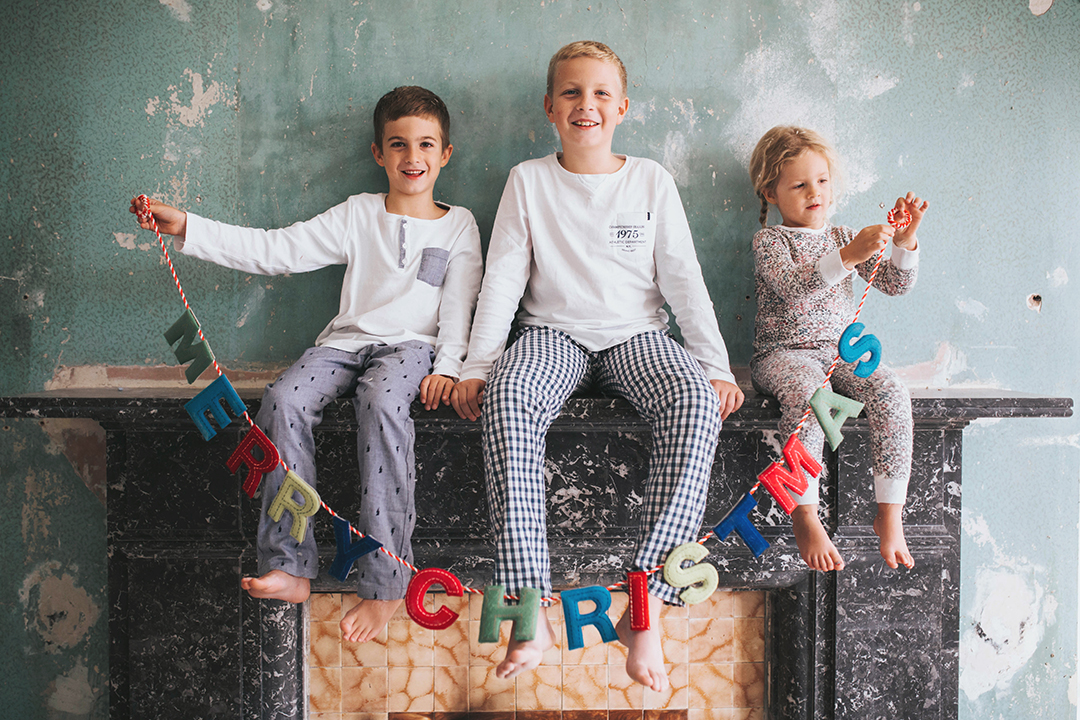 Little did the Braithwaite family know as they passed a stunning Victorian seaside villa, commenting on how amazing it would be to own and restore, that six months later they would be embarking on that very project – and inviting me into their home to create some very special family photographs.

The Location Profile
Situated in Southsea, Hampshire, Rose Lodge is set back from the seafront with impressive views over the common to the sea beyond. One of three homes built by a diamond merchant in 1879 for his three sons, the property has more recently been adapted for use as a nursery school. Now work has started in restoring it back to it’s former glory where a lifetime of memories will be made for this couple and their three children.

Embarking on this project has been huge, “Much bigger than we anticipated” explains Gemma “There isn’t a single surface left untouched as a lot of the work has involved removing partitions, walls and repairing damaged features. But in the process we’ve made some real discoveries such as the stunning Victorian tiled hallway and fireplaces previously hidden behind false walls and carpet.”

The family are adding their own mark, creating a space which will evolve into their forever family home. Including the transformation of the bottom floor, removing the dividing walls between the two front rooms creating a vast open kitchen/living space with doors opening onto the south-facing front garden (the main garden). The master bedroom will be linked via the hallway to one of the smaller bedrooms to be converted into a dressing room and ensuite, whilst a ‘secret’ tunnel linking two the children’s rooms in the eves has also been created.

This is a real adventure for the whole family and I was thrilled to be invited to design a photoshoot based on an idea I’d had featuring the new home in it’s ‘before’ state with the couple’s three young children.

The Shoot
Entering the house by the side door I found myself in a beautifully spacious entrance hall, leading to several rooms including the two front family rooms. Each with floor to ceiling bay windows which allow the most gorgeous light to flood into the vast space, I immediately knew these would be the most perfect rooms for the shoot. With wooden floorboards, rough semi-plastered walls and SO much space the concept began to unfold. A shoot for the children which would be fun and engaging resulting in natural images of the children being themselves. Featuring pyjamas and pillows, plenty of giggling and more feathers than we ever anticipated, literally everywhere. Who would have thought just three feather pillows would result in so many!

I’ve photographed the family before so the kids already knew what to expect from my sessions – but the revelation that it would be a pillow fight made it all (and I quote) ’super cool’.

It was important that family would have images to look back on, not only of the siblings but also the house before it is transformed. So aside from the pretty blue wall backdrop we switched to include the feature Victorian marble fireplace along with a little festive feature.

Life in pictures
What do you plan to do with your pictures?
“I’m planning on printing some Christmas cards featuring the fireplace image – it’s a timeless and classic image of the children which also shows off the current state of the project. I’m also picturing where some framed prints will be displayed once we’re finished – it’s all still work in progress at the moment.”

Which framing collection best suits your new home?
“The Holt frame will create a fantastic contemporary gallery in our media room, whereas the traditional style of the Hampton will suit the kitchen where we’re looking to create a more cosy, lived-in atmosphere.”

What did you enjoy most about the session?
“The fact that this was shot during the renovation. Clearing up all those feathers was easy given that the space was empty and pretty messy anyway. Can you imagine finding those feathers all over your home for weeks?!”


I’m convinced that the atmosphere of their finished home will be one of family and fun – perfect for a seaside home. And, knowing Gemma it will come complete with suitably quirky features and surprises just waiting to be discovered inside. We’re already planning the ‘after’ shoot and I can’t wait! Join me in following the renovation via Instagram @Victorianseasidehome

Moira is a Southsea photographer who works throughout Hampshire and the UK. She specialises in children and families and is a member of the British Association of Professional Child Photographers.

We use cookies on our website to improve your online experiences. By clicking “OK”, we'll assume that you're happy about this.
Read MoreOK
Manage consent

This website uses cookies to improve your experience while you navigate through the website. Out of these, the cookies that are categorised as necessary are stored on your browser as they are essential for the working of basic functionalities of the website. We also use third-party cookies that help us analyse and understand how you use this website. These cookies will be stored in your browser only with your consent. You also have the option to opt-out of these cookies. But opting out of some of these cookies may affect your browsing experience.
Necessary Always Enabled
Necessary cookies are absolutely essential for the website to function properly. These cookies ensure basic functionalities and security features of the website, anonymously.
Functional
Functional cookies help to perform certain functionalities like sharing the content of the website on social media platforms, collect feedbacks, and other third-party features.
Performance
Performance cookies are used to understand and analyze the key performance indexes of the website which helps in delivering a better user experience for the visitors.
Analytics
Analytical cookies are used to understand how visitors interact with the website. These cookies help provide information on metrics the number of visitors, bounce rate, traffic source, etc.
Advertisement
Advertisement cookies are used to provide visitors with relevant ads and marketing campaigns. These cookies track visitors across websites and collect information to provide customized ads.
Others
Other uncategorized cookies are those that are being analyzed and have not been classified into a category as yet.
SAVE & ACCEPT
Powered by